Its Been a Week.

Posted on February 2, 2012 By juliamargaretjones

Its been a week since we flew home. Its been challenging.

It is so easy to get caught up in the way of the American life. Buying, watching, time consumed. My week has been filled to the brim with home work, auditions, and school. I have been struggling to have time to think about my trip and what I have learned. 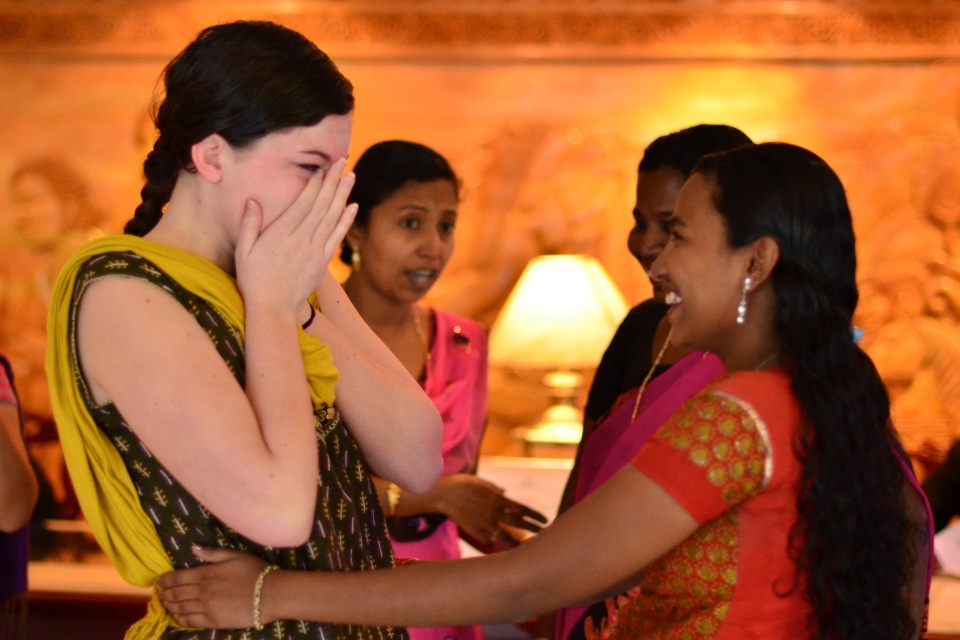 I’ve been learning  that I need to be a “spiritual firework”.

There are some pretty dark places in India from my perspective as a Christian. We went to the temple for the goddess of death and destruction and it was a very hard place to be in. A place that showed me just how much people need hope in their lives. It reminded me that this hopelessness and “darkness” is everywhere.

In India, we saw so much darkness and it weighed heavy on our hearts because of the incredible poverty and oppression. We went to a church that was in the middle of a neighborhood surrounded by religious strife. Hindu’s on one side, Muslims on the other and the  church right in the middle. Yet, despite the religious strife, the church was reaching out to it’s neighbors like spiritual fireworks to bring hope.  Seeing the kids in this project was life changing.

Then I met the beautiful girl, Rubina, who lived in a home with no roof, in a neighborhood that was violent against her faith. Her family was so joyful despite the circumstances and they were a light to their neighbors and brought hope to a dark place. Her family was like a spiritual firework.

Then there is my sponsor child, Remya, who is the most joy filled person I have ever met. She is loving, and funny, and her smile can light up a room.

But even here, there is darkness. Her brother is recovering from Polio and has a hand that he cant use. Her dad works cutting coconuts down from a tree for a dollar per five coconuts and her situation is hard, yet, because of Christ in her life she lives with joy.  She is like a burst of spiritual fireworks that lights up a dark night.

Darkness isn’t hidden India. It is everywhere.  I saw it in the streets, I felt it in the temple, I experienced it the night we went to church and the lights went out while we sat there.

We hide it in America. We hide it in our “gods”, and say its the stuff of movies or ghost stories and we ignore it.

But its real, and it’s everywhere.  At school it’s in the depression and the confusion, the lies of society and the hurt of the lonely.  We search for something real, but the darkness keeps us from finding it.

But if the light of God can shine in India, penetrating the darkest neighborhoods and the worst conditions, where the devil runs wild; why don’t I shine my light that bright here? Why have I not been the “spiritual firework”?

← The Most Beautiful Girl in the World
His precious presence →